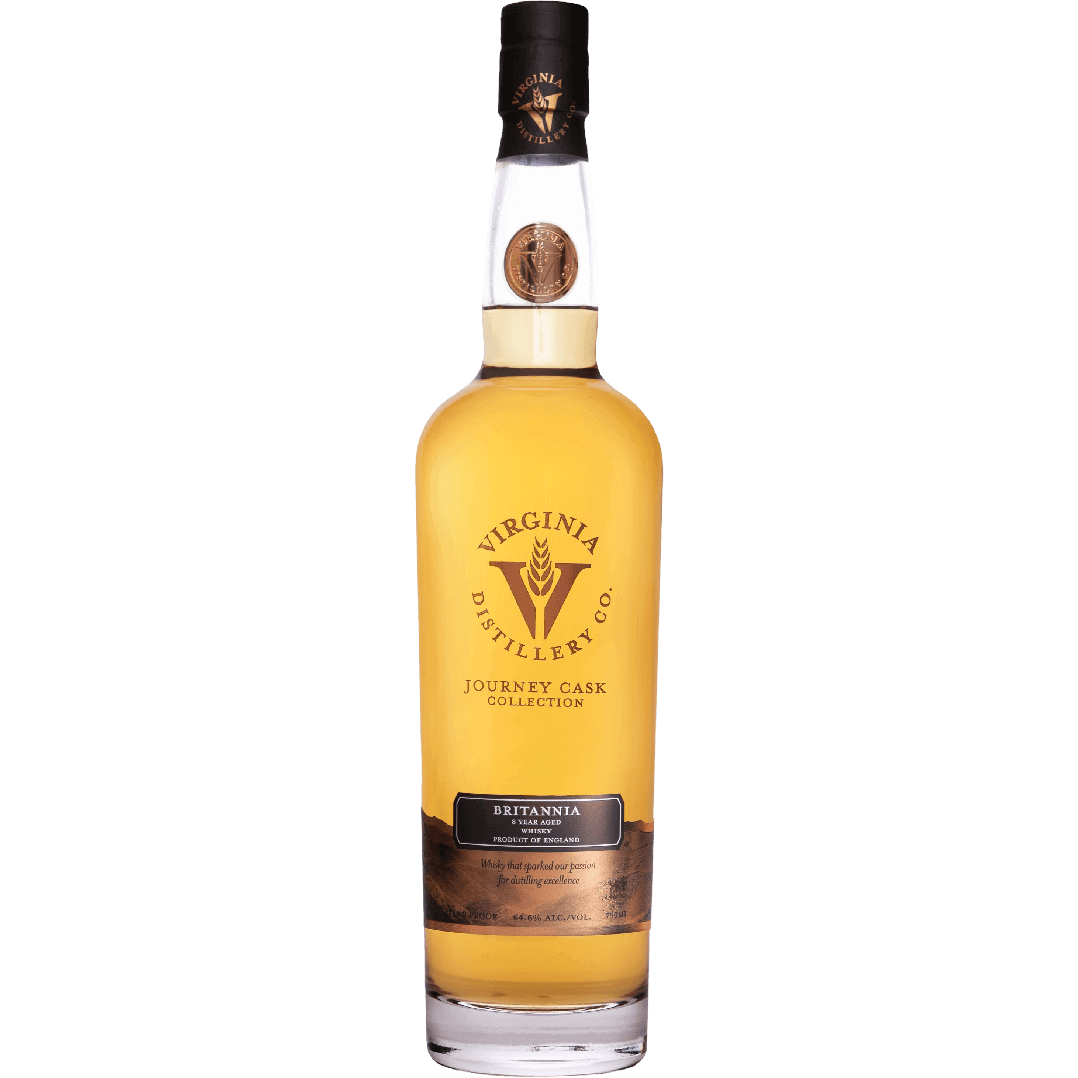 Britannia is Virginia Distillery Company’s second single barrel Journey Cask Collection release. The whisky was distilled at The English Whisky Co. and spent eight years aging in a former bourbon barrel before being shipped across the Atlantic and bottled at Virginia Distillery Company at a natural cask strength of 64.6% abv. Its release date was November 29, 2019 and now sold out.

On the nose, the whisky carries aromas of smoky maple, soft vanilla and orange zest. The palate has notes of milk chocolate and bright citrus mingling together with cinnamon and clove spices. The finish is lingering with gentle spices and mouthwatering orange zest.