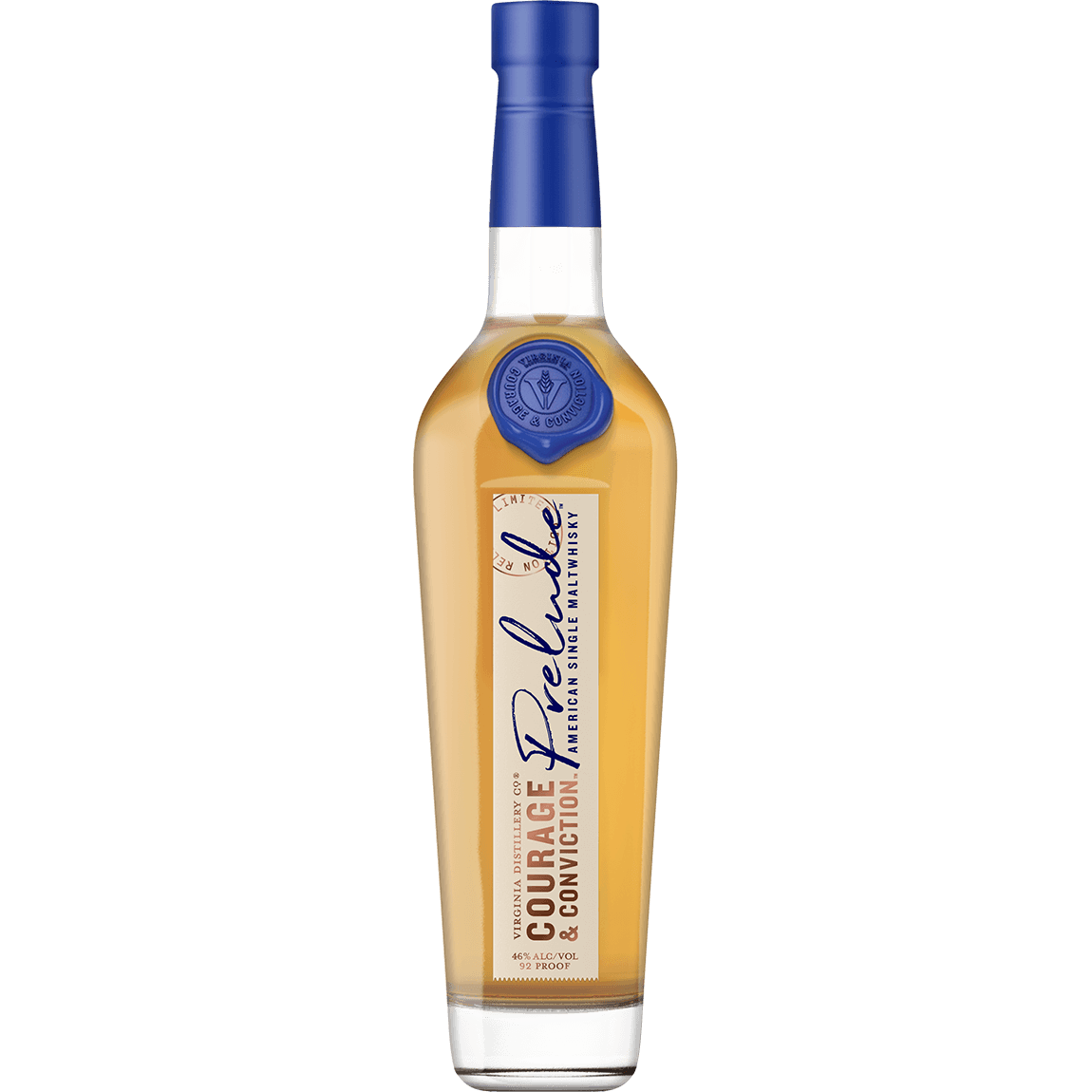 Released in September 2019 and now sold out, this special edition sneak peek into the Flagship release of Courage & Conviction is made on-site in Virginia, using the influence of the hot summers and cool winters to produce a delicious whisky.

American Single Malt whisky, made from 100% malted barley and aged a minimum of three years in Sherry, Bourbon casks, and Cuvée wine casks, married together for your enjoyment.

Aging in American oak ex-Bourbon casks adds notes of vanilla, caramel, butterscotch, oak, smoke and cinnamon. Using three different Sherry casks, including Fino, Oloroso and Pedro Ximenez, gives the whisky notes of tart cherry, golden raisin, fig, caramelized plum, brown sugar and spice. This innovative barrel is sourced from premium European red wine producers. After the wine is removed, the cask is broken down, the interior shaved, re-toasted and re-charred, and then put back together again. The re-toasting and re-charring of the cask energizes the wood sugars and brings forward barrel spice, bright red fruit and toasted pecan.

Dried fruit and raisins, along with vanilla and barrel spice

Hints of toffee, cocoa and toasted oak with a soft finish